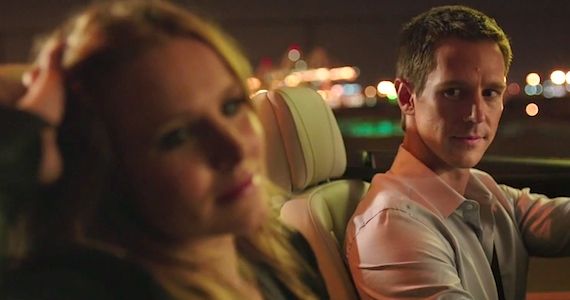 1. Kristen Bell gave an interview to CNN just before the movie saying “Veronica Mars could  be my life” and essentially saying she’d love to keep the story going for years through movies and a TV show.

“This could be my whole life. And by the way, what a lucky life it would be if it were. There’s no formula for it, because it just has never been done before. Except — and I’m just throwing it out there — “Star Trek” did it. They did a TV show and then nine movies. Who knows? Why can’t we make a couple films? Or continue to produce content of “Veronica Mars”? It gets tricky because television contracts legally only allow you to do one episode of a different show. They purchase you. I am now the face of “House of Lies.” So the only way I would be able to reprise Veronica Mars (on TV) is in movie form.” RT

2. Sign this Change.org petition to get season 4 on Netflix.

3. Have you bought the book yet? I did, and while it isn’t life-altering, it was good.