We do not need magic to transform our world. We carry all of the power we need inside ourselves already.”
― J.K. Rowling 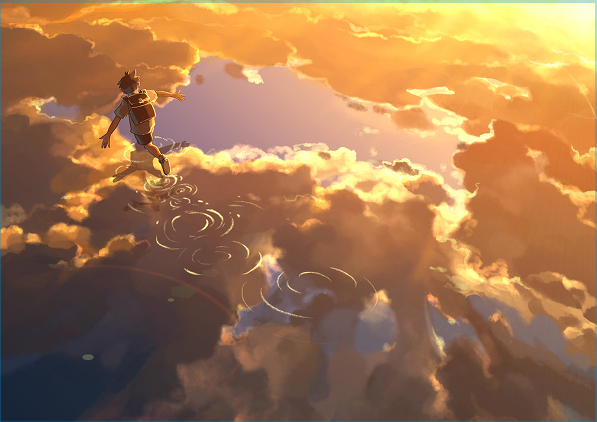 “Someone needs to tell those tales. When the battles are fought and won and lost, when the pirates find their treasures and the dragons eat their foes for breakfast with a nice cup of Lapsang souchong, someone needs to tell their bits of overlapping narrative. There’s magic in that. It’s in the listener, and for each and every ear it will be different, and it will affect them in ways they can never predict. From the mundane to the profound. You may tell a tale that takes up residence in someone’s soul, becomes their blood and self and purpose. That tale will move them and drive them and who knows what they might do because of it, because of your words. That is your role, your gift. Your sister may be able to see the future, but you yourself can shape it, boy. Do not forget that… there are many kinds of magic, after all.”

Brilliant article on HIMYM‘s casting of “the Mother” – “It is unfortunate that American women are attached to the notion that there is no way that the most enthusiastically long-winded courtship story packaged in the form of an 8-year television show could be based around a perfectly, fabulously, “normal” girl. (To be sure, Milioti’s character, as I’ve mentioned, has proven and will prove to be anything but normal, but I use the term only to suggest that she is outside the norm of what our Hollywood-monopolized imaginations have come to expect for women deserving of a great love). –Cristin Milioti is a Win for Women

Flavorwire has a gorgeous list of 30 amazing bookstore windows around the world. My favorite is the building front with authors’ faces, including Virginia Woolf’s, painted on it. RT

This recipe for crepes with caramelized apples and ricotta cheese looks decadent and I plan to make it soon. RT

“To which I say, okay, fine. I get it. Because I know your problem.

Literature is kind of full of assholes.

And that is okay. Some great books have been written by assholes. I am looking at my shelf and it is full of beloved books by known assholes, and that’s fine. Assholism is one of the most common afflictions of literature. Certainly literature and writing programs are full of them. They are like wildlife refuges for assholes.”  RT