I Hated This Book Review: “Taken” by Dee Henderson 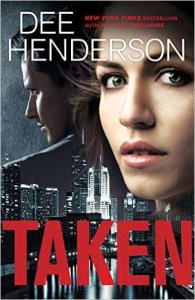 The story of a man without a personality who falls in love with an emotionally vulnerable woman 15 years younger than him as they wander around the country opening safety deposit boxes and finding nothing in particular.

If you thought that was tongue-in-cheek, you’re wrong.

*PSA: I love Dee Henderson. But her latest books are rubbish of the first order. 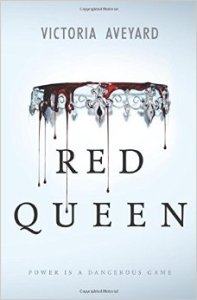 Another one bites the dust! By that I mean, yet another mediocre YA novel I can add to my “one and done” pile.

It started out so well: a very strong voice in the form of first-person protagonist Mare Barrow, a snarky thief struggling to keep herself and her family afloat in a class-driven, oppressive society. The world is what I’d describe as fantasy-lite with a few steampunk elements – people have elemental powers, but it’s recognizably a human world with a quasi-feudal structure, and steampunk comes in with the inclusion of several machines – a bicycle, a robotic-esque war machine, and airships.

Society is divided into two classes: the ruling class “Silvers”, who have all the power and money, and the working class “Reds”, who are mostly servants, tradespeople, and conscripted soldiers. Silvers claim to be gods, and are certainly superhuman – each is born with an ability to control the world around – some can control iron, others fire, water, and other elements, and a few can control people’s minds. Their blood itself runs silver. Reds, on the other hand, have no abilities, and their blood is red. It’s a world in which your fate is ruled by your genetic background and, quite literally, your blood.

Aveyard, like most YA authors, attempts snark, and unlike most, succeeds – Mare’s occasional comebacks and insults are genuinely funny and witty. The plot is fast-paced, the world is reasonably inventive, and the first half is very strong. In the second half, however, the ongoing romance is really phoned in – an epic romance is conceived out of literally about five brief interactions, and then a MAJOR plot point is hung upon it. Some authors suffer from the misconception that you can slap the label “prince” on someone, have him be sympathetic to a heroine twice, and every reader for a thousand miles will think he’s the second coming of Darcy crossed with Edward Cullen. Neither of Mare’s suitors *quite* leap into reality; combine Maven and Cal and you’d have one fully realized male character/romantic interest.

The undercooked romance is followed by a secondary plot point that was both wildly predictable – I saw it coming the entire novel, because this is how young adult novels go – and also extraordinarily poorly conceived and unconvincing.

END_OF_DOCUMENT_TOKEN_TO_BE_REPLACED 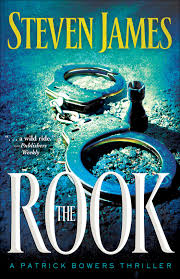 The Rook by Steven James

FBI Special Agent Patrick Bowers has been investigating a series of arsons when the latest strike hits a research facility at a U.S. naval base. With his own criminology research being turned against him and one of the world’s most deadly devices missing, Bowers is caught up in a race against time to stop an international assassin before it’s too late.

I won’t get into the plot; it’s pretty much the above except with lots of symbolic rubbish thrown in to make this book feel weightier and more serious than the mediocre populist fiction that it is.

We’ve got all the tropes: the family member Patrick has a difficult relationship with (in this case his teenage stepdaughter), the criminal who doesn’t brush away spiders that land and crawl on him in his warehouse (get it?? he’s EEEEEVILL), the criminal mastermind who offers a lowlife the choice of walking through two doors (yes they are actual doors, I’m not messing with you guys) titled “Freedom” or “Pain” and the lowlife chooses “Pain” because he’s TWISTED kids, the repetitive, pseudo-menacing references to a grand master plot without any coherent criminal activities being described…Oh and let’s not forget the random migrant storyline, because what transforms a book into a “real” crime novel is some local, urban flavor so for Pinocchio to be a real boy you need to include a shoutout to the California setting.

It’s all so terribly cliched and imitative of other, somewhat better crime novels of the past 50 years. I appreciate that Steven James was trying – but if psychological darkness and the sense of menace and adrenaline contingent upon wide-ranging, shadowy criminal plots aren’t your strengths, for heaven’s sake stick to a more traditional crime-followed-by-investigation plot, and keep it low concept. Many male crime writers don’t seem to realize that you don’t need to have the government and/or the fate of the world involved in every plot.