Peter Quince at the Clavier 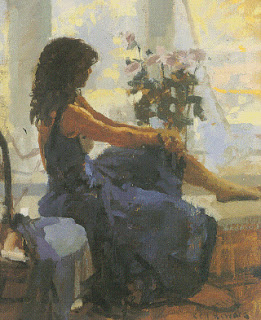 UST as my fingers on these keys
Make music, so the self-same sounds
On my spirit make a music, too.
Music is feeling, then, not sound;
And thus it is that what I feel,
Here in this room, desiring you,
Thinking of your blue-shadowed silk,
Is music.

-from Peter Quince at the Clavier, Wallace Stevens

She Walks in Beauty

At the Shrine, John William Waterhouse

She walks in Beauty, like the night
Of cloudless climes and starry skies;
And all that’s best of dark and bright
Meet in her aspect and her eyes:
Thus mellowed to that tender light
Which Heaven to gaudy day denies.

One shade the more, one ray the less,
Had half impaired the nameless grace
Which waves in every raven tress,
Or softly lightens o’er her face;
Where thoughts serenely sweet express,
How pure, how dear their dwelling-place.

And on that cheek, and o’er that brow,
So soft, so calm, yet eloquent,
The smiles that win, the tints that glow,
But tell of days in goodness spent,
A mind at peace with all below,
A heart whose love is innocent!

Poetry: You Said Is 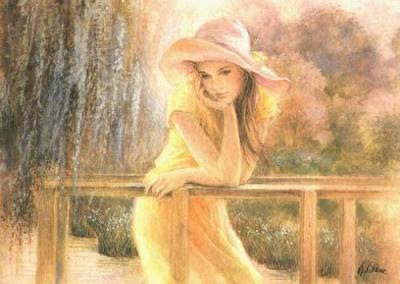 you said Is
there anything which
is dead or alive more beautiful
than my body, to have in your fingers
(trembling ever so little)?
Looking into
your eyes Nothing, I said, except the
air of spring smelling of never and forever.

She turned away, but with the autumn weather
Compelled my imagination many days,
Many days and many hours:
Her hair over her arms and her arms full of flowers.
And I wonder how they should have been together!
I should have lost a gesture and a pose.
Sometimes these cogitations still amaze
The troubled midnight, and the noon’s repose. 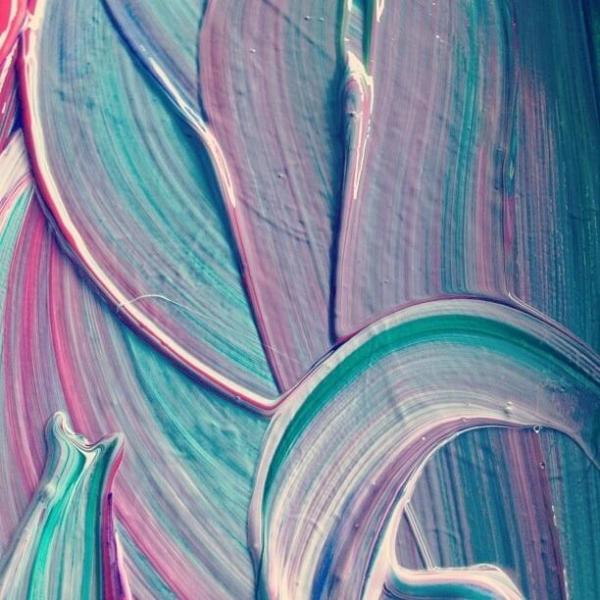 art & illustration, creativity, this & that February 14, 2015 Leave a comment

The CoffeeLetter is out! This is a once-every-two-months newsletter I send to blog followers; view this one here and subscribe to get the next one. Cheers!

Art Love: Rain on the Docks 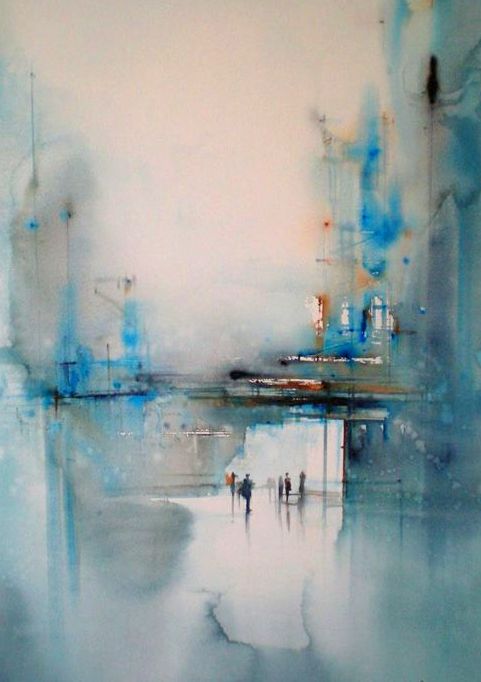 “Angel of Mercy,” One Republic

Poetry: Overlooked Heroine, Landscape with the Fall of Icarus*

Bruegel chose the moment when young legs
closed like a pocket knife into the waiting sea.
Later, someone called it a mundane disaster;
said, “it couldn’t have been helped,” the flash
of a diving bird that turned out to be a boy.

I say this: Whatever suffering there was,
you brought it to the scene yourself.
You chose to be the shepherd who watched clouds
while a hawk studied sheep from the tree.
You chose to be the sleeping sailor, heavy
in the crow’s nest of that harbor ship,
or the fisherman too busy with his worms.
You must have known by heart the plodding path
walked by a horse wearing leather blinders.

And the ploughman, how did he greet tragedy?
Why, he had laid down his dagger and moneybelt
in the shade, and would not leave them unwatched.
He was no hero, he ploughed without swerving
and let one foot step soft into the turned furrow.
And there, in the field already ploughed,
was a spot on the ground, a pale mound
which proved upon closer inspection
to be the white skull of an old man, settling.
If he noticed either sinking body
the ploughman merely shrugged:
the Dutch have a proverb: De ploeg gaat over lijken