NBC’s Constantine had an awful, offputting pilot, but afterward they immediately ditched their lead actress and retooled the show with a fiery artistic psychic on the run in place of the former female lead, and I decided to keep watching. It’s predicted to get cancelled, but the last four episodes have been just stellar genre television, atmospheric, funny, and suspenseful without being campy or gruesome. It also ended with one of those giddy, incredibly romantic scenes that is tailor-made to make me fall in mad love. Regardless, whether it gets cancelled or not, here’s an ode to Constantine in the form of episode screencaps (gallery under the tag). 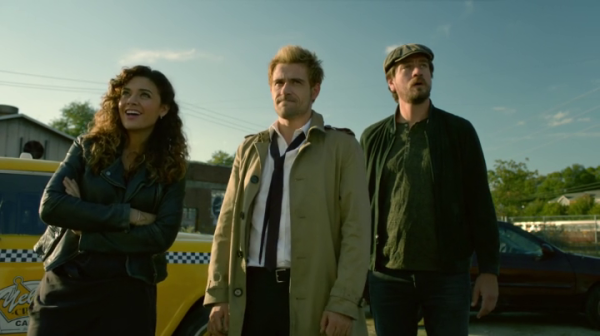