I reviewed Starz’ Outlander for Sound on Sight – spoiler, I loved it.

Here’s the thing about the novel, at least the first one in Diana Gabaldon’s series (and I say this understanding the instant hatred I will earn): it’s tripe. The bare-bones plot of Gabaldon’s series is fantastic – a fiery 1950′s nurse who time-travels back to 18th century Scotland, is plunged into the conflict there, and falls in love with a Scottish warrior? You’ve got romance, time-travel, a fantasy element, war, and not one but two wildly disparate time periods to draw on. It’s literary gold. 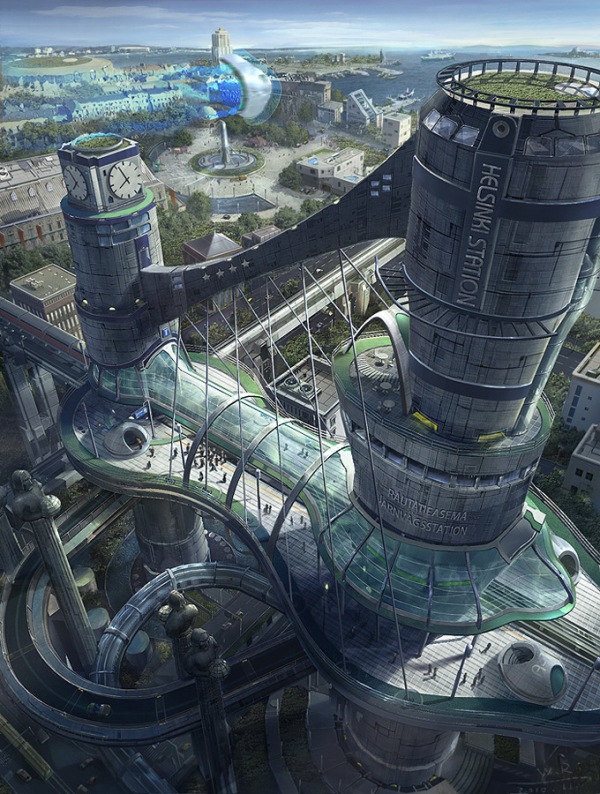 Book Review: Unlocking the Air and Other Stories by Ursula K. LeGuin

Unlocking the Air and Other Stories

I read only three of these stories and couldn’t finish. There’s an emotional turbulence running through each of these stories that reminds me of both A.S. Byatt and Ray Bradbury, and left me with a profound sense of unease. A strangeness haunts these stories, both metaphorical – as in the tale of a miniature, almost-but-not-quite dollhouse a professor builds as a stress reliever (a microcosm of his world) – and literal, as in the tale of a family who wakes up one day to find their water running red. This is Ursula K. LeGuin at her most skilled – she writes with every bit of A.S. Byatt’s erudite passion about people, intellectual choices, selfishness, and how said choices lead people inevitably into various social and economic classes, where they remain for the rest of their lives. The stories are impressive, literary, and gripping. But I did not like them. The effect they left was both unpleasant and strong, and I’ve found life to be too short to spend my time on that. I am putting this down without regret. 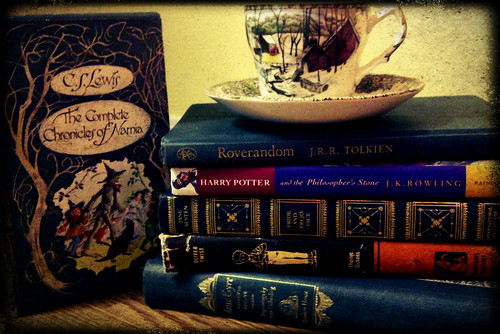 Today’s design love comes via Dezeen, which highlighted this stainless steel bit of gorgeousness from Canadian studio The Practice of Everyday Design.

“The idea was to give it a sense of time, as if someone had sat there every day scrubbing the surface until it was so clean it became a mirror,” says Antoine Morris. “The final effect is also almost as if the sink is covered in condensation and someone wiped just one area clean to see themselves.”

The effect is one of ethereal, haunting beauty, as if someone drew back a curtain to reveal a window into another world. Love.

Caffeinated Links: The Factors for a Happy Relationship, 55 TV Premieres and Finales, more

The official Tumblr fandom flag. I recognize Sherlock and Doctor Who of course looming large, and I’d assume offhand that the triangle thing in the upper right is Supernatural? Either way, good stuff.

TVLine has 55 TV Premieres and Finales in February.

The ultimate guidelines to a happy relationship, according to science. Most of them are useless. The Atlantic

Incandenza over at Pajiba’s Cannonball Read gives a fantastic review, pondering fantasy as a genere, of Patrick Rothfuss’ Name of the Wind, one of the best fantasy books I’ve read in my all too-short lifetime.

Grantland as usual wrote a long and wonderful review, of which these parts are my favorite –

“It’s partly that Beyoncé is just better than Magna Carta, obviously. But it’s also partly about the fact that she’s 32 and he’s 44 and suddenly that gap seems salient. Motherhood as a human hasn’t made Beyoncé the pop star seem all that momlike, but Jay suddenly seems totally dadlike. Works for a corporation, wears a suit, makes a lot of dumb jokes, tries to seem hip by talking about Homeland. His verse doesn’t ruin “Drunk in Love,” but the other night at a party I heard a DJ start the song there, without playing the first three minutes, and I wanted to throw things at him. You’d have to be crazy to think that’s the best part of the song. When Jay walked onto Beyoncé’s stage last night he looked like he’d somehow lucked into taking her to the prom. I love how he walks her down the stairs from the top level of the stage, holding her hand in that almost courtly way, and how the minute they hit the second riser, right when he’s saying “I’m Ike,” she lets go of his hand and just keeps going. She does a little catwalk, lets Jay kind of point at her butt and make a Not bad, eh? face — and then the instant his verse is over, she’s back in control of the whole scene. Jay’s once again just lucky to be up there reflecting her swag, doing that adorable little back-to-back surfboard dance. I loved the surfboard-dance part so much I wish it was a physical place, so I could build a church there and renew my wedding vows inside it. It was A Moment. One the show still cut away from, so we could see how much Taylor Swift was enjoying it.”

“Buckingham and Reznor made perfect sense. They share a passion for innovative recording techniques and writing hot, angry songs about witchy women.”

“Can’t a girl thrash at a piano like she’s been ravished by the muse/dance in the audience like everybody’s watching/awkwardly configure and reconfigure her hands to a hip-hop beat without having her every awards-show move scrutinized like the Zapruder GIFs? Sure, she’s been lyrically careless with the hearts of the people who have been careless with hers, and yes, she seems painfully aware that the camera’s dead, unblinking gaze is always trained on her, and, uh-huh, she does that thing where she pretends that every new accolade is as unexpected as being named grand marshal of the Three-Legged Rainbow Unicorn Parade when she knows she’s got so many gold statuettes at home she had to build a museum on the back acres of her Dream Garden. ..

And Taylor Swift, god love her, has already entered the Tori Amos–serious artiste stage of her career, where the only special effect needed is integrity. Taylor, your songs about Jake Gyllenhaal are great, but you are 24 years old. Bring back the hobos.”

“That’s all sob stuff. No, of course, I didn’t… The Hobbit was written in what I should now regard as bad style, as if one were talking to children. There’s nothing my children loathed more. They taught me a lesson. Anything that in any way marked out The Hobbit as for children instead of just for people, they disliked-instinctively. I did too, now that I think about it. All this ‘I won’t tell you any more, you think about it’ stuff. Oh no, they loathe it; it’s awful. Children aren’t a class. They are merely human beings at different stages of maturity. All of them have a human intelligence which even at its lowest is a pretty wonderful thing, and the entire world in front of them. It remains to be seen if they rise above that.”

-Tolkien denying that his stories were written for children

Emilia Clarke (Game of Thrones), Brie Larson (The Spectacular Now) and Tatiana Maslany(Orphan Black) all have tested for the coveted role of Sarah Connor in Terminator 5. I am so fine with any of these women in the role. HT

On the Daniel fast – Feola told me that self-denial “makes us more aware of our dependency on the Lord, and it brings us to a place of surrender and weakness.” RT

You can now visit Middle Earth on Google Maps, a sentence that J.R.R. Tolkien quite certainly never imagined being uttered in 1937. RT