Tag Archives: How I met your mother

On the HIMYM Finale 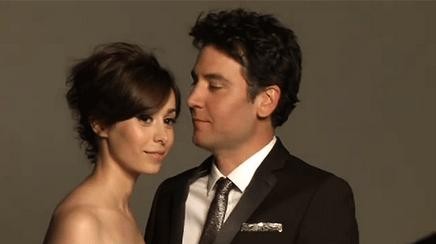 The Onion is often funny but occasionally, release something with such biting on-the-nose satire that you don’t know whether to laugh or nod your head. Man Who Treats Women With Respect Asked What His Secret Is – RT

Cristin Milioti weighed in on How I Met Your Mother rumors about the mother being dead for the entire show’s duration. Her comments significantly downplay that possibility but don’t dismiss it entirely. “And while she calls the Dead Mother idea “insane,” “crazy” and even “so crazy,” it’s worth noting that she never quite refutes/debunks it. In a word, she sums up the March 31 series finale as “beautiful.” RT

Fantastic piece from David Carr at the NYT about the new cultural role of television.  “On the sidelines of the children’s soccer game, or at dinner with friends, you can set your watch on how long it takes before everyone finds a show in common. In the short span of five years, table talk has shifted, at least among the people I socialize with, from books and movies to television. The idiot box gained heft and intellectual credibility to the point where you seem dumb if you are not watching it…

Television’s golden age is also a gilded cage, an always-on ecosystem of immense riches that leaves me feeling less like the master of my own universe, and more as if I am surrounded.” RT

The complete guide to listening to music at work, via Quartz. Fascinatingly, it does count as multi-tasking, and your brain prefers instrumental or classical when you’re working. “It has never been easier to tune in to your own customized soundtrack—or more necessary to tune out your open-office coworkers, cubicle mates, and fellow coffee-shop denizens. But not all music is created equal, especially when there’s work to be done. How should you choose the best office soundtrack for a given task? Which songs will help you get energized, focused, or creative—or even just through a very long day?” RT

The Guardian has had the best online coverage of the missing Malaysia Airlines plane. “So when flight MH370 disappeared from plane tracking websites, it could mean the signals from the plane’s transponder were stopped deliberately (by pilots or others), or there was a complete electrical failure, or the plane disintegrated” from this article, and see the complete coverage here 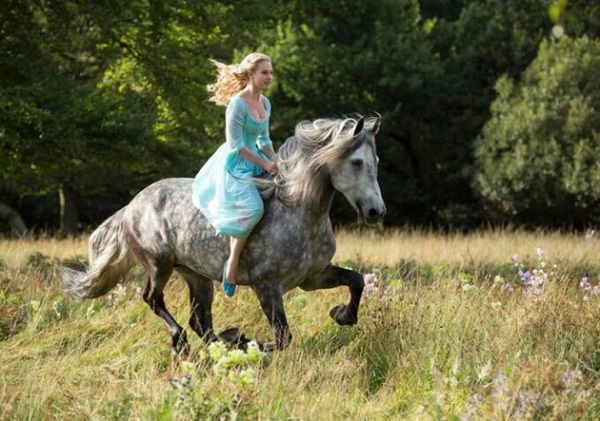 Kenneth Branagh has started shooting the live-action Cinderella movie and I am weirdly excited for it. “It is impossible to think of Cinderella without thinking of Disney and the timeless images we’ve all grown up watching. And those classic moments are irresistible to a filmmaker. With Lily James we have found our perfect Cinderella. She combines knockout beauty with intelligence, wit, fun and physical grace. Her Prince is being played by Richard Madden, a young actor with incredible power and charisma. He is funny, smart and sexy and a great match for Cinderella.”  RT

Slate has a wonderful article on the backslapping insularity of literary culture. “Instead, cloying niceness and blind enthusiasm are the dominant sentiments. Critics gush in anticipation for books they haven’t yet read; they ❤ so-and-so writer, tagging the author’s Twitter handle so that he or she knows it, too; they exhaust themselves with outbursts of all-caps praise, because that’s how you boost your follower count and affirm your place in the back-slapping community that is the literary web.” RT

The CEO of Fast Company swaps offices (and desks) with a startup. “During a catered lunch with the Studiomates, I polled the group to find out how many of them had worked in a more traditional office setting. Eight of the dozen people at the table had. None of them think they will ever go back. Offices, a couple of people agreed, were built to create barriers to new ideas and getting things done.” RT

Bethany Joy Lenz returns to television with a pilot about a songstress! One Tree Hill fans like me are instantly on board. Plus, we need to fill the void left by Bunheads. RT

Liberate has a brilliant article on what binds up broken relationships. “When Babu Bhatt tells Jerry Seinfeld that he’s a “very bad man,” Seinfeld is stunned. ‘Was my mother wrong?’ he wonders. We’ve all been told our whole lives that we can do and be anything we want — in short, that we’re wonderful — and that we just have to overcome those external obstacles in our lives. If we can just fix those people (or remove them altogether from our lives), alter our circumstances, elect a different President, get a new job, and so on and so forth, then — and only then — will we be free and happy. James’ words — that we’re the problem — are horrifying.

Finally, Entertainment Weekly has an A-Z Guide on How I Met Your Mother. Time to catch up for you newbies RT