Let’s take a pause for a minute for me to say that if you’re not watching The Flash you should start because it a blast of fun with a charismatic lead and strong writing. I love it. 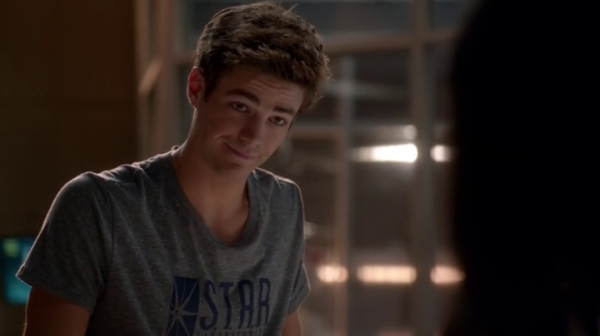 ‘The Flash’ Pilot Screencaps and Thoughts

I had not honestly thought that The Flash would be as good as Arrow. Two amazing, strongly written comic book shows is far too much to expect from the same network, right? Plus, it felt like they were cheating by trying to have two at once. But The Flash is everything one could want in a superhero show, with one of the strongest pilots I’ve seen since Lost as far as setting up world, character, and story without repetition or slow pacing. It’s crisp and cheeky and Grant Gustin is that perfect charismatic blend of badass, scientist, and super-nerd. I love it.