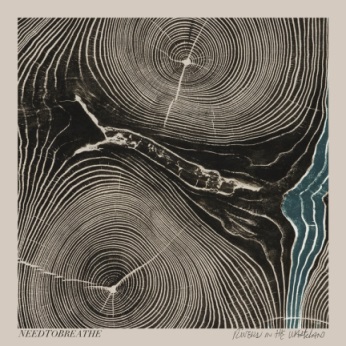 Needtobreathe has released a new album, Rivers in the Wasteland, and you can hear it in all its glory on Relevant. RT

Fast Company has a great analysis of the contrast between the working lives of Danes and Americans, and the happiness levels thereof. “Some non-Danes wonder if Danes ever work. Not only do Danes tend to leave work at a reasonable hour most days, but they also get five to six weeks of vacation per year, several national holidays and up to a year of paid maternity/paternity leave. While the average American works 1,790 hours per year, the average Dane only works 1,540.” RT

NPR’s Marc Hirsch has an on-point analysis of the writing flaws of New Girl – “It’s not because there wasn’t any narrative juice in a Nick/Jess pairing. Their relationship could have been the story of Jess gradually dragging Nick in the direction of becoming a put-together human being. It could have been the story of the tension between a bright-eyed optimist and a schlumpy underachiever. It was neither, because the writers don’t seem interested in picking a lane and seeing where it leads. Instead, they constantly fidget from one to another, always at the last second and always with almost immediate regret at not having made a different choice.” RT

Dawson’s Creek showrunner Kevin Williamson says that he had no idea how many people liked Joey and Pacey, and that up until the last moment he still planned to have Joey and Dawson get together. (Claire’s note: horror!) RT

Take Buzzfeed’s Quiz on Greatest Books by Female Authors. I’d only read 30% but it functions as a great to-read list. RT

Chris Messina is adorable. “I guess the preparation was all those episodes and knowing that Danny is really in love with this woman and fighting his fear of relationships and commitment and not wanting to fuck it up, that he makes this kind of charge at her. He had to kind of fight his own fear, because he’s been through a divorce and already screwed up one relationship really big? I love playing Danny Castellano.” RT

Pajiba’s Courtney Enlow calling it like it is on the HIMYM finale. “What it was was a testament to why you shouldn’t stick to your guns, why a seven-year-old plan might not be the best option, why a whole series dedicated to its characters growing and changing instead ended by not letting the characters grow and actually devolving them where every experience and lesson was completely ignored and spat upon all in the service of this, an ending rendered inane and pathetic by every moment it chose to ignore.” RT

Perfect review from TV.com’s Kaitlin Thomas. “Making television and writing for television is a difficult process. The best writers accept that where they thought they were going at the beginning isn’t necessarily where they need to end up, and they’re willing to alter their storyline accordingly…How I Met Your Mother ran for nine years, and it’s never been more clear than it is right now that they never expected or planned for that kind of success… They had this idea of the perfect show and the perfect ending, and didn’t take in to account that perfection is just an concept, and that life doesn’t always work out the way we plan or hope.” RT

And finally, the inimitable Grantland. “(The scene — filmed early in Season 2, revealing this was always the plan — in which his kids tell him to go after Robin immediately after he gets done recounting the story of his wife’s death is one of the most tonally inappropriate things ever seen in a sitcom of this caliber. It’s like a clown hitting a corpse in the face with a pie.) Never mind that the show got us incredibly invested in Tracy, or that it spent two entire seasons trying to convince viewers that Barney and Robin were a viable couple. The initial plan must never change.” RT

The world’s lightest timber table (8 kilograms!) showed up at the London Design Festival this weekend RT

Grantland beautifully unpacks the latest, heartrending episode of Breaking Bad -“Certain things just aren’t supposed to happen. We’d never seen something so ordinary twisted into something so ugly. Certain people and institutions aren’t supposed to be punished for the sins of one individual. When and if they do come, the metaphorical chickens are meant to roost home-adjacent, not inside the walls of the baby’s nursery.” RT

“Your books on your shelves start becoming much more organized and they stop falling over because you’ve got bookends. It’s the main way in which it’s affected our lives, a real tangible way” –Marcus Mumford, on how life changes after winning awards like Grammys, RT
YESSS.  British actress Billie Piper has just signed on to star in our highly anticipated new drama series PENNY DREADFUL. Piper will play “Brona Croft,” an Irish immigrant to Victorian London trying to escape a dark and sordid past. She joins recently announced stars Josh Hartnett, Timothy Dalton, Eva Green, Reeve Carney, Rory Kinnear and Harry Treadaway. RT